With winter well and truly in swing and a massive lack of rain in Scotland preventing us from doing our thing, Calum and myself headed off to the sunny pearl of Africa…Uganda! Where the White Nile flows from Lake Victoria you’ll find some of the finest big volume river running and play waves in the world, catering from your casual kayaker to the best big wave freestyle paddlers around! With little persuading needed our team of 5 booked flights back in August and before we knew it we were in the air heading for Entebbe, followed by a few hours in a Matatu (taxi) to our campsite at NRE (Nile River Explorers – raftafrica.com) and the home of Kayak The Nile. We arrived just in time to bring in the New Year, which involved the second annual Beer Olympics (we were straight up terrible) and introducing the Ugandans to Buckfast Tonic Wine (needless to say it went well). This was the best welcome to the Nile that we ever could have expected, and kudos to everyone at NRE for making it so epic…many a funnel was seen off that night… 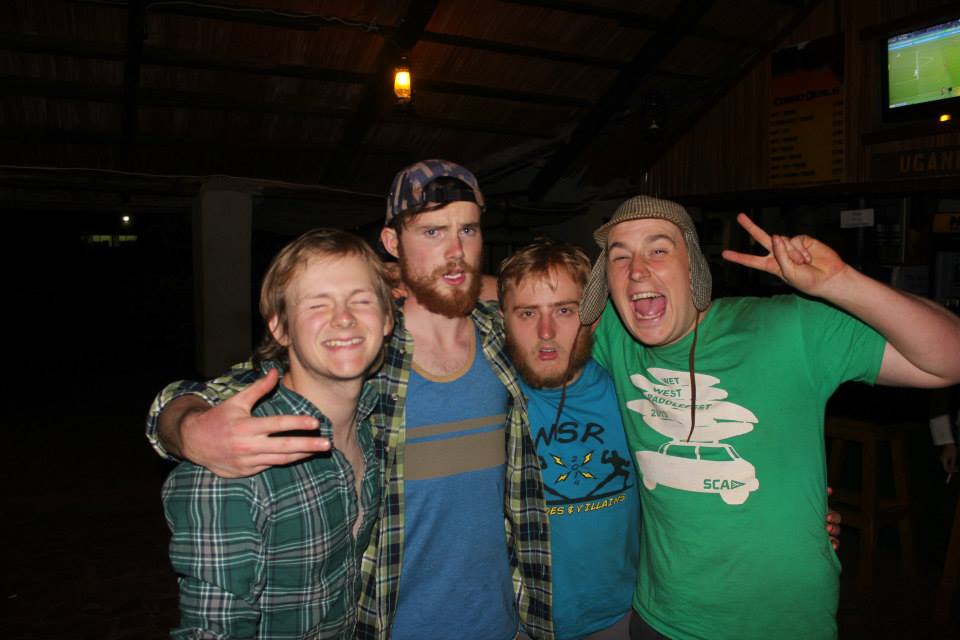 Overlooking Bujugali Lake (once Bujugali Falls) this place defines paradise, and is where we lived for our three weeks away. Calum and myself used this trip as a good opportunity to find transport, haggle prices, and generally be dirtbag kayakers living on a shoestring in preparation for Mada, and it definitely paid off! It really is amazing just how little you can get by on if you’re prepared to search and ask, also getting fed by locals was always fun (eating great food and meeting amazing people!). The first week or so was spent exploring the different channels of the river, getting a feel for the paddling style (/being wedged in a playboat that’s too small), and spending whole days lounging and surfing at SuperHole. Now I’m not much of a playboater, but even after just three weeks it’s amazing how much your skills develop and I’m sure a lot of people will be testament to that. Want to get good at kayaking? Head to Uganda. 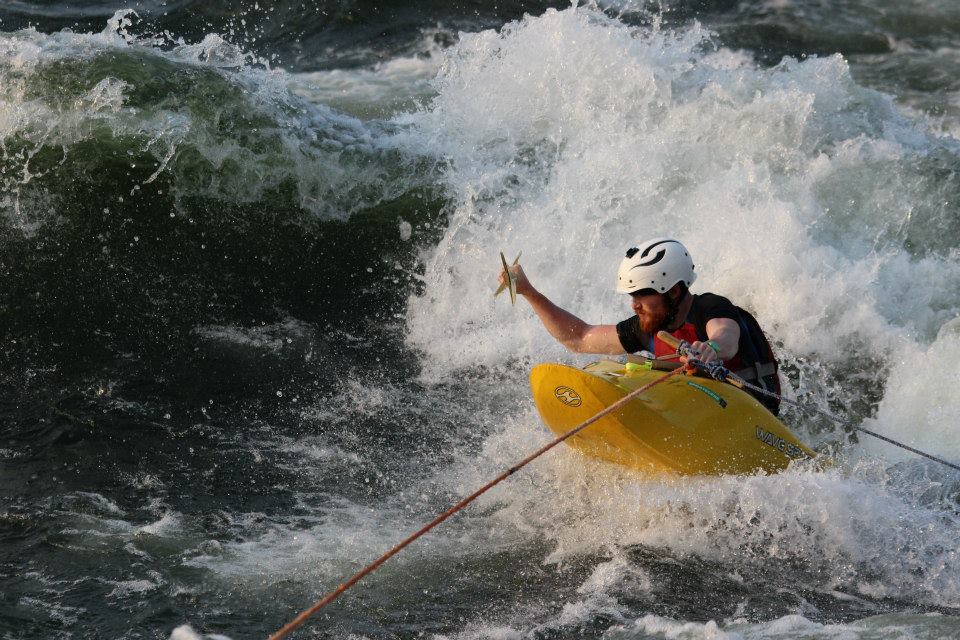 In week two we treated ourselves to a few days camping at the Hairy Lemon Island (hairylemonuganda.com), a self sustaining island paradise where you can spend all your time sessioning the infamous Nile Special surf wave (epic), along with Bells Hole (trashy beatdowns) below, and Club Wave last (for those 6am wake-up sessions). This is where you’ll truly learn a new style of paddling, and find that getting kicked a foot or two in the air by its power is all part of surfing…bring on the air screws! Waving goodbye to the Lemon myself and two others decided to public transport it the 6hr trip north-west to Masindi in order to see all the pretty animals and check out Murchison falls, an incredible rapid where the entire Nile funnels through a 6m wide gap! If this mini-holiday taught me anything it’s two thing: avoid crocs at all cost, they’re scary; and public transport is wild, sweaty, and highly uncomfortable in general, however it was worth it considering the cost was around £4/5 each way! 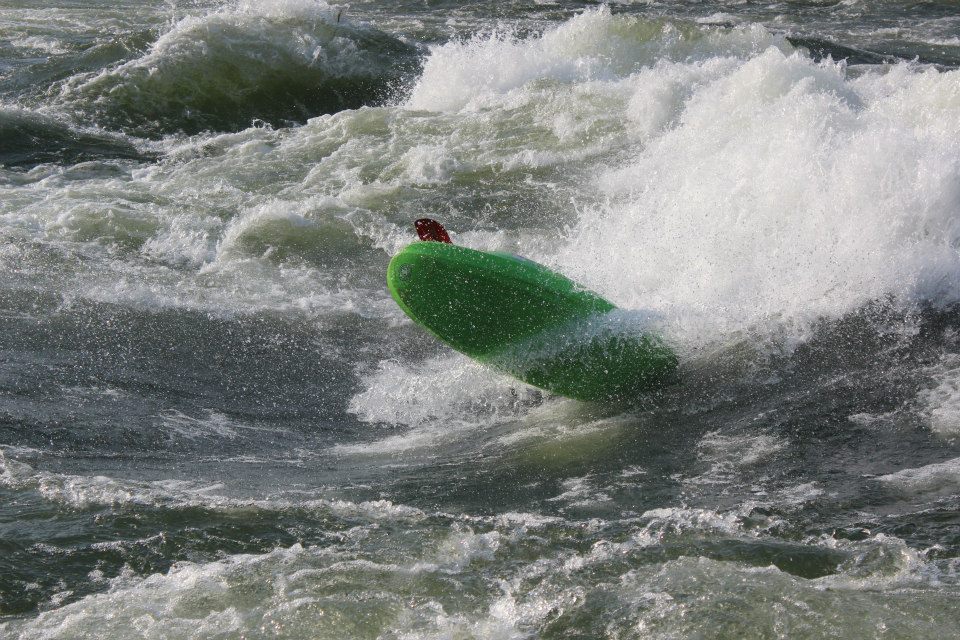 The rest of the trip was spent with more lazy super hole days, a lot of nights in the curry house (amazing), and tagging onto raft trips in order to paddle the entire section of river – from below Bujugali dam to the Hairy Lemon island, where lots of food and beer awaited us. Home time came around way too fast, and just in time for the famous Nile River Festival we had to jump on our plane (Uni term spoiling all our fun!). However the time we spent there has opened my eyes to new kayaking styles and a totally different way of life, I think I could live there extremely easily (and perhaps one day I will). I honestly urge anyone of any kayaking ability to head out for a holiday, get some fantastic lessons from the good people at Kayak The Nile (kayakthenile.com), and just experience Uganda in all its friendliness and hospitality.

Before it’s too late, the stretch of the Nile that has become so notorious is gradually disappearing due to damming projects. Already the Silverback rapids at Bujugali have been lost, of which I am sad enough that I never got to experience, and the rest of the rapids are under serious threat from the proposed Isimba dam. This is likely to happen in the next few years. Check out the film ‘A Dam Shame’ by Sam Ward (https://vimeo.com/37428996) for an insight into the Bujugali dam impact and celebrating the rapids before they disappeared.

Huge thanks to Scotty Robinson for making sure we didn’t drop into death rapids! Also along with big thanks to the guys at KTN – Dave, Sam, Emily – for sorting Jack with boats when Brussels Airline lost his (and just generally being good to us), Flo and the rest of the NRE guys for putting up with our mess, and anyone we met/fed us when we were floating about.

Until we meet again Africa!

UGANDA: 2015 from Jack Brickell on Vimeo.