With a few days left before we needed to be back in Tana for our flights we decided to head towards the popular Sahatandra. There is an in-use railway that runs alongside a large part of the river giving the option to paddle for a few days before trying to get a non-passenger train back to the put-in, however we decided to paddle a one day section with easy road access.

We camped in a car park in Perint National park next to the vehicles and spent the evening cooking a feast on a large fire. The car park turned out to be quite a noisy place to sleep with lots of dogs around as well as being close to the railway line. 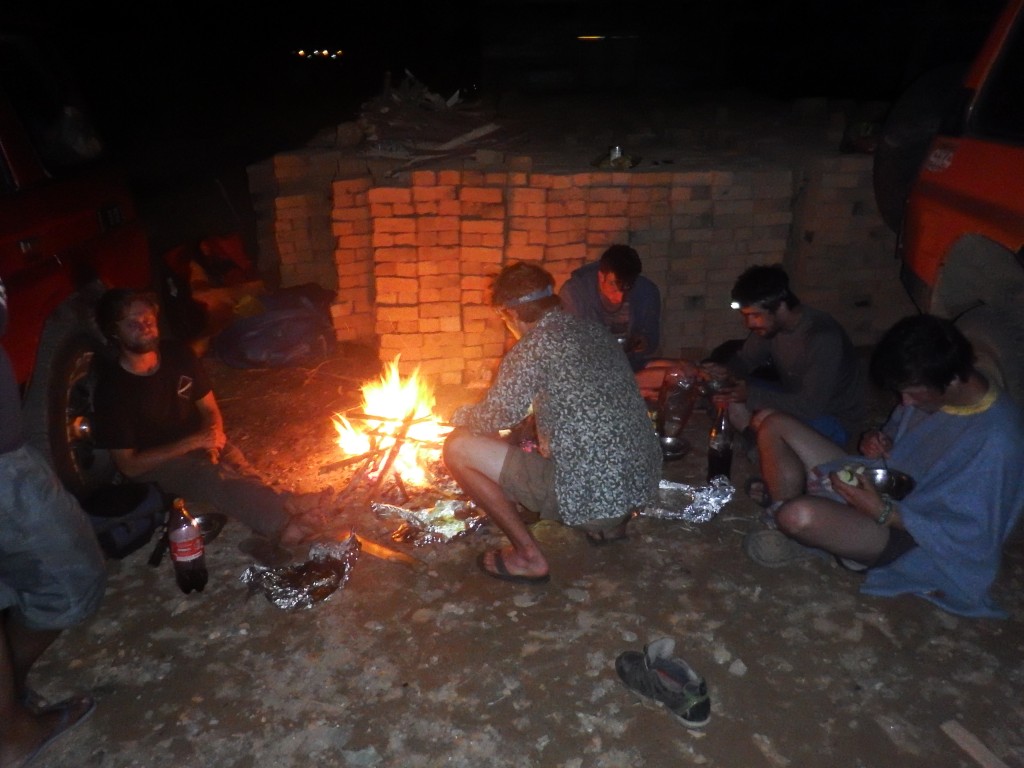 The morning started with rice, jam and bananas before setting off to put on the river. We spent a while driving around trying to work out where was best to put on. We found new road that we thought might allow us to do laps, but it was still under construction. By late morning we had decided where to put on. By this time one of our 4×4’s was a bit broken and needed to go to get fixed meaning that we had a long time to spend on the 10km section. The bridge that we decided to put in at

The section stared with low volume and low gradient rapids before we reached some low log bridges that added to the fun. 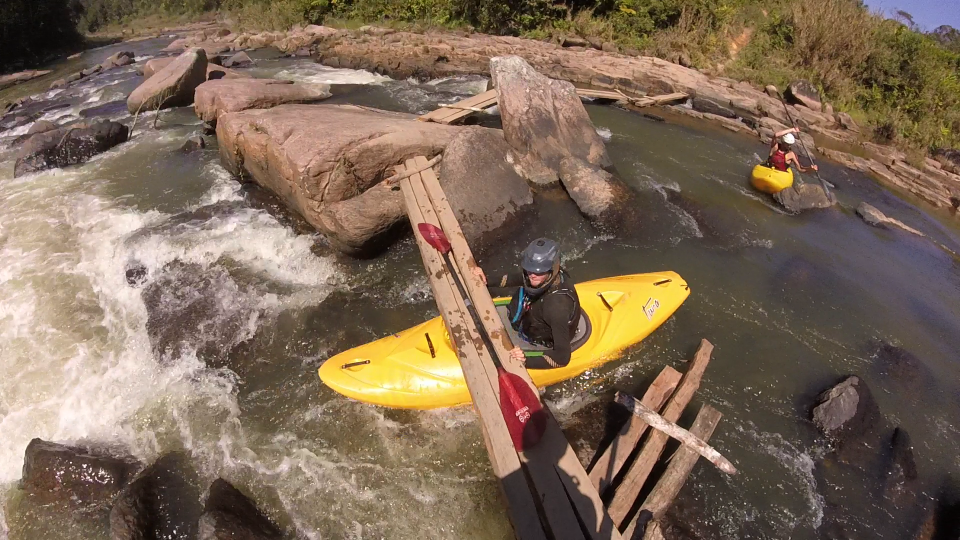 Calum enjoying being stuck on a bridge

The morning continued with some low volume rapids and some small interesting drops. One of the more interesting rapids before lunch

Having got a good amount of distance covered we decided to stop for lunch. Since we knew we had to wait for the vehicle to be fixed we had a leisurely, long lunch break. Being a one day section, we had packed good food in to our boats. After our extended lunch break we headed off for what we thought would be a relaxed afternoon similar to the morning. It soon became apparent that the second half of the section had more gradient and was much more exciting! Josh boofing a walled in ledge

As we continued, the river gorged up with some magnificent rock formations. Quite a bit of portaging was required due to the syphony style of the river however there was also some great runnable sections.  It felt like it needed more water, however if it did have more water it would be terrifying! One of the many rapids with interesting rock 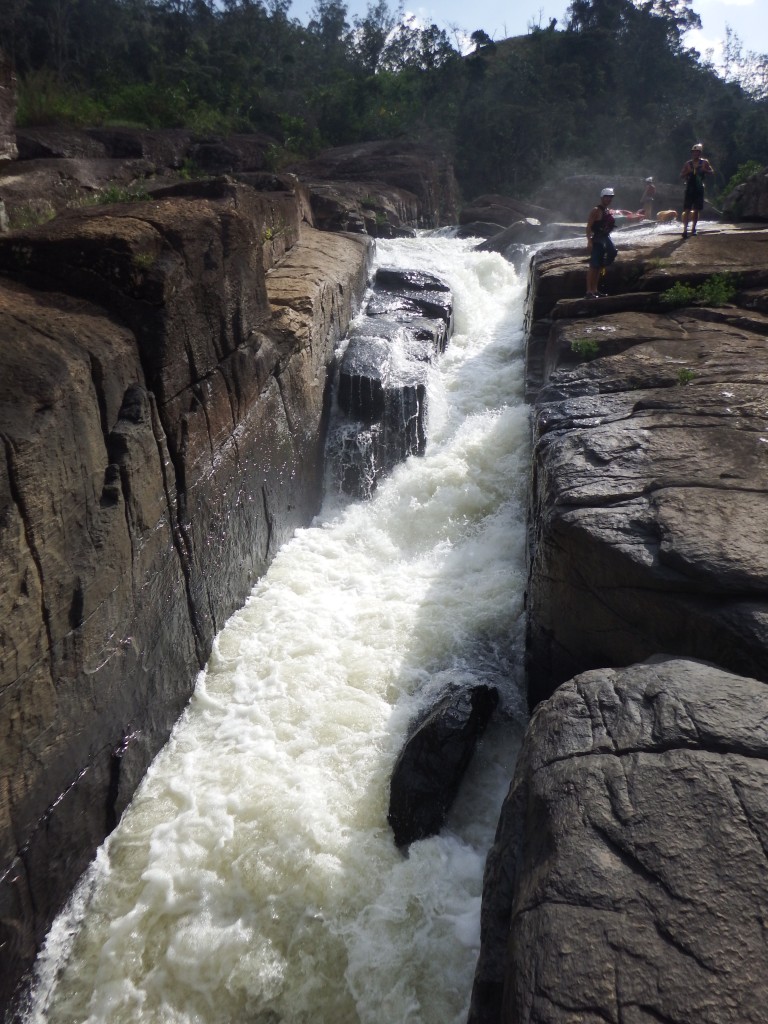 Narrow channel that we decided to portage One of the less chossy parts in the gorge

After a while the gradient started to decrease and we soon reached the take-out. We were greeted by Matt and Rado who had walked along the railway line and towards the river. We walked up to the railway track and along it to get to the vehicles that had not been able to go any further due to a broken bridge. Walking along the railway to the vehicles 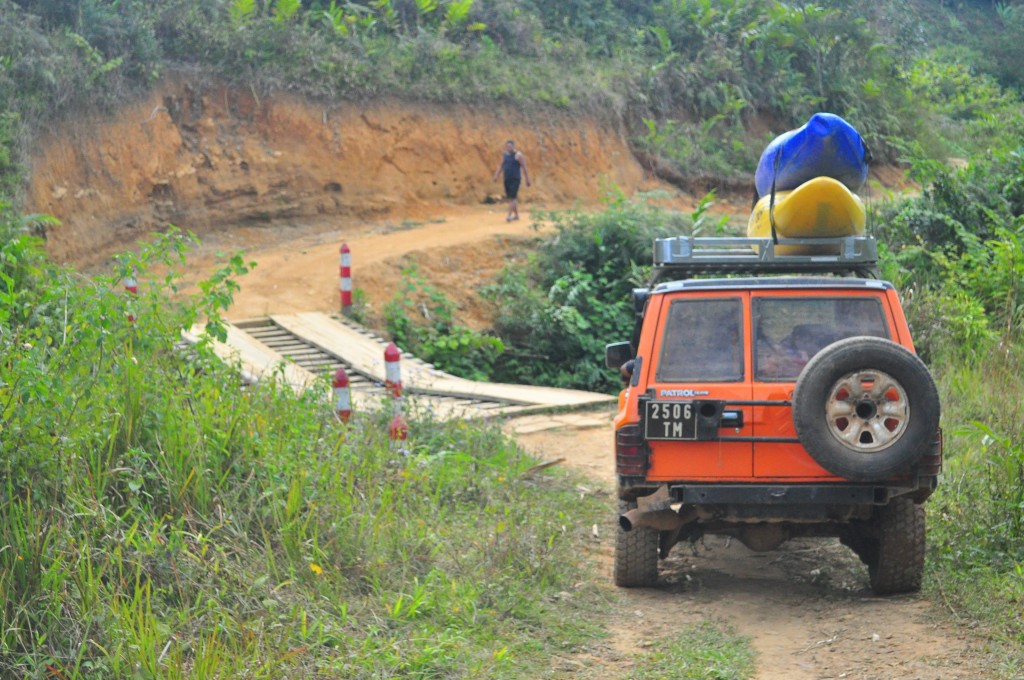