Despite spending 8 days exploring the Ivondro at the point we took off we had not completed all we had set out to do on the Ivondro. Originally we had planned to paddle another 20km downstream from the point we took out after 8 days, hence completing a full descent of the white water sections of the Ivondro in one epic multiday run. However exhaustion, hunger and a wrist injury Matt had sustained while portaging a rapid earlier in the river swayed us to leave this 20km roadside section for another day.

Having got Josh back in a boat on the 1 day section of the Maningory, after some planning in Toamasina we decided to head up and finish what we had started.  While we were planning in Toamasina Leslie received a message from the Wizards Eye expedition asking if he would be interested in joining them for a month sailing from Madagascar to South Africa.  It did not take much time for Leslie to decide that this was worth missing the last couple of rivers and once Leslie had got everything sorted and we had bought BBQ items we bid him farewell and headed back up the bumpy road to the Ivondro. We camped that night in a school near the river that would not have looked out of place in a post-apocalyptic movie scene and had a BBQ and some beers. 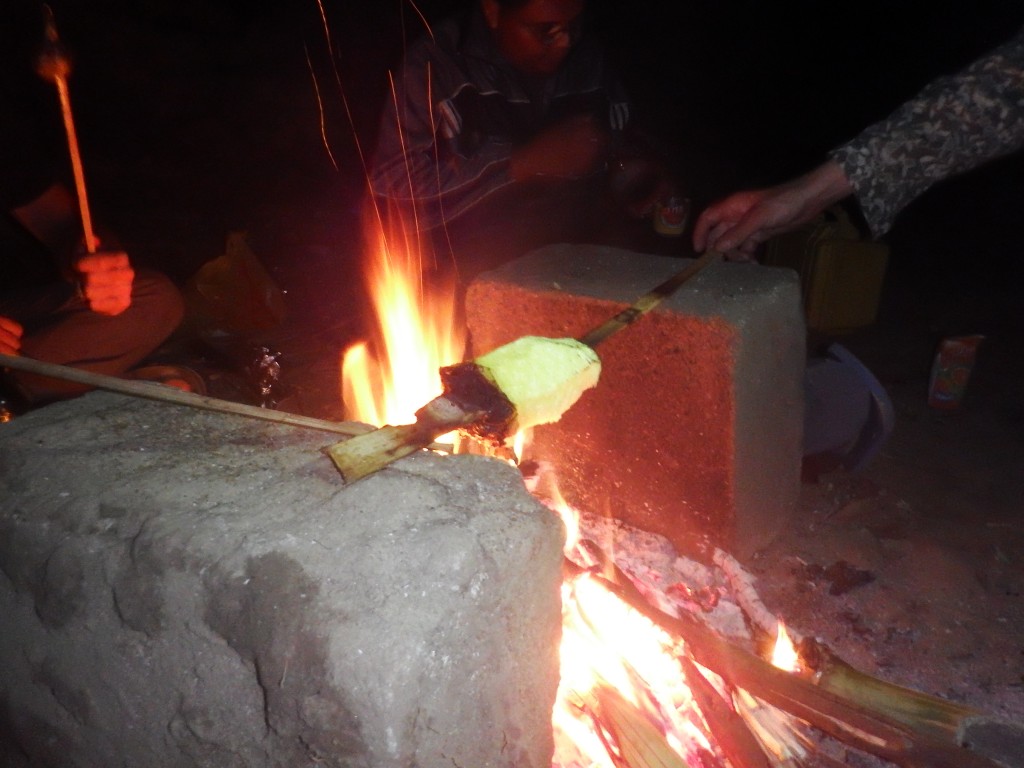 BBQ in a school yard 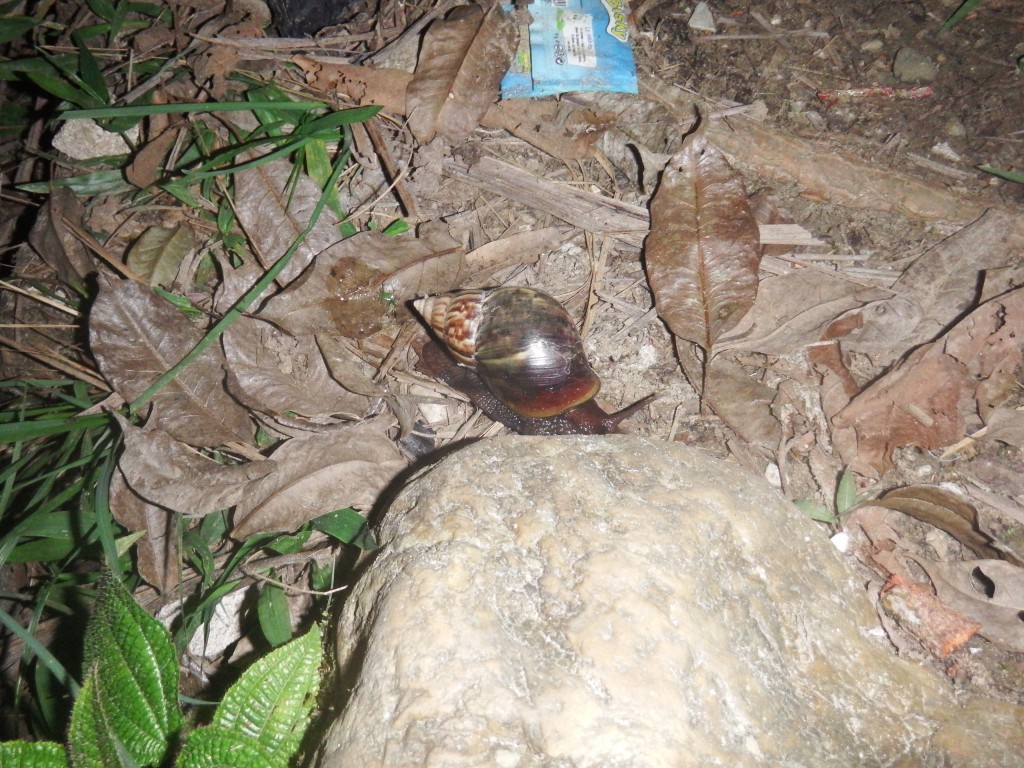 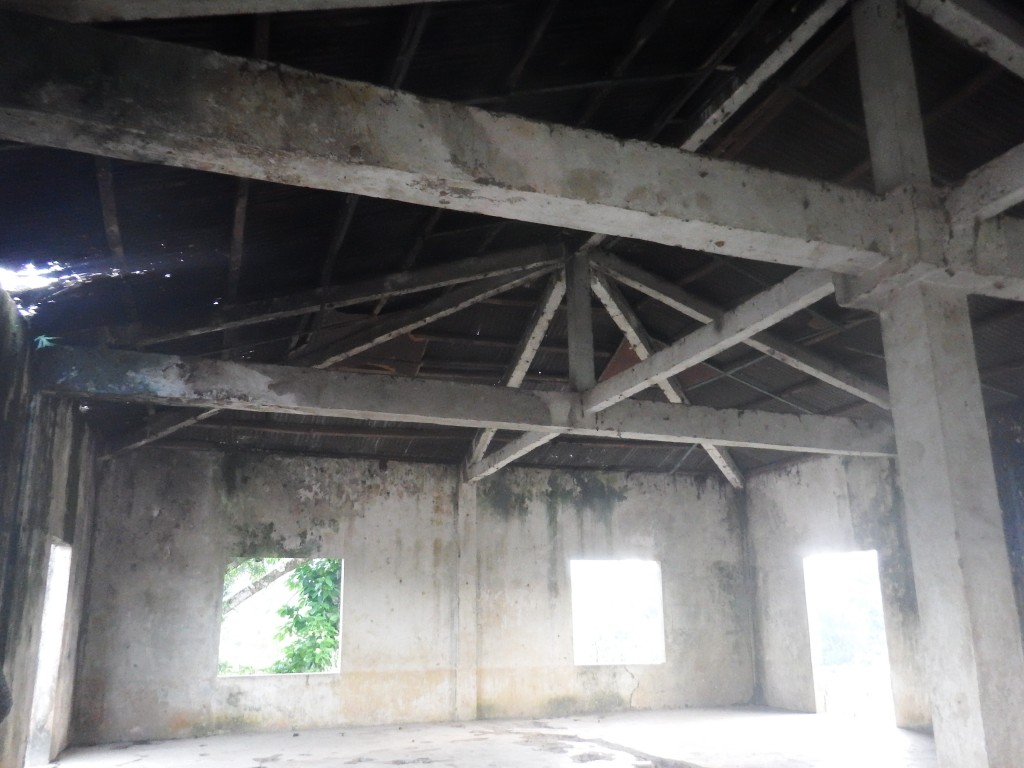 The next morning we drove the short distance to the river and after a breakfast of rice, honey, prunes and banana all but Matt whose wrist had still not healed sufficiently resumed the previous week’s adventure, putting on where we had taken off 5 days previously.

After a short section of flat water the rapids began to appear, slowly increasing in magnitude until we reached an exciting 4 auto boofed us over the hole.

Following this there was an exciting 4+ which cascaded through a number of small drops and slides. Various lines were taken but everyone made it to the bottom successfully.

Some more grade 3/3+ slides, drops and boulder gardens lead to the next rapid of note, a mess of boulders with a channel down the left which had a few undercut boulders and holes. Sam had a roll half way down but this was otherwise uneventful.

Campbell in the boulder garden

Next up was a 3m fall with ramps into holes on both the right and left which Josh and Jacob ran simultaneously and where Sam fell in and had a technical swim while getting back in his boat at the bottom after taking videos.

Calum and Campbell running it simultaneously

A short way below this we reached the dam we had seen on google earth which was more of a weir. While attempting to scout the line over the weir from his boat, Josh was swept backwards over the weir to much hilarity. Everyone else followed facing the correct way and after this we stopped for lunch.

Josh past the point of no return

During lunch Campbell scouted the rapid downstream and came back to give us a confusing message which went something along the lines of “Its chossy grade 3 but I can’t see a line on it then there is a slot into a 8ft drop followed by a 12ft drop which is a definite portage, but there is a line but it doesn’t go”

After lunch we portaged this rapid on the right. Further grade 3 lead to a horizon line. Calum dropped down first on the right and the sheep that form the rest of the team piled down behind much further left ignoring any signals indicating that they should be hard right. Most of the group just made it through the monster hole that spanned all but the hard right of the river, however Josh threw multiple ends in the hole before disappearing for a while and finally popping up downstream no longer attached to his boat.

None the worse for his swim Josh was reinstated in his boat and paddling could continue. The final largeish rapid of the day was a slot with a flare on the right of the left hand channel and a slide down the channel to the right of that. Most of the team opted for the slide as it was difficult to see into the slot without scouting and this went well for them. Calum having seen that the slot went, went for the flare which went well however he was tripped up by the next hole and beatered down the rest of the rapid.

Sam on the right hand channel

From here it was around 5km of flat to the ferry where we took out and returned to Toamasina for a Chinese and some beer and rum.

Thus concludes the first descent of the white water heaven that is the Ivondro.