We picked up 4 day’s worth of food in town and headed east to the Faravory. It was a muddy road from ifanadiana, which required 4×4.

Day one on the river was mostly flat bits of grade 3/4 with huge spiderwebs that spanned the river, punctuated by a couple of rowdier drops. 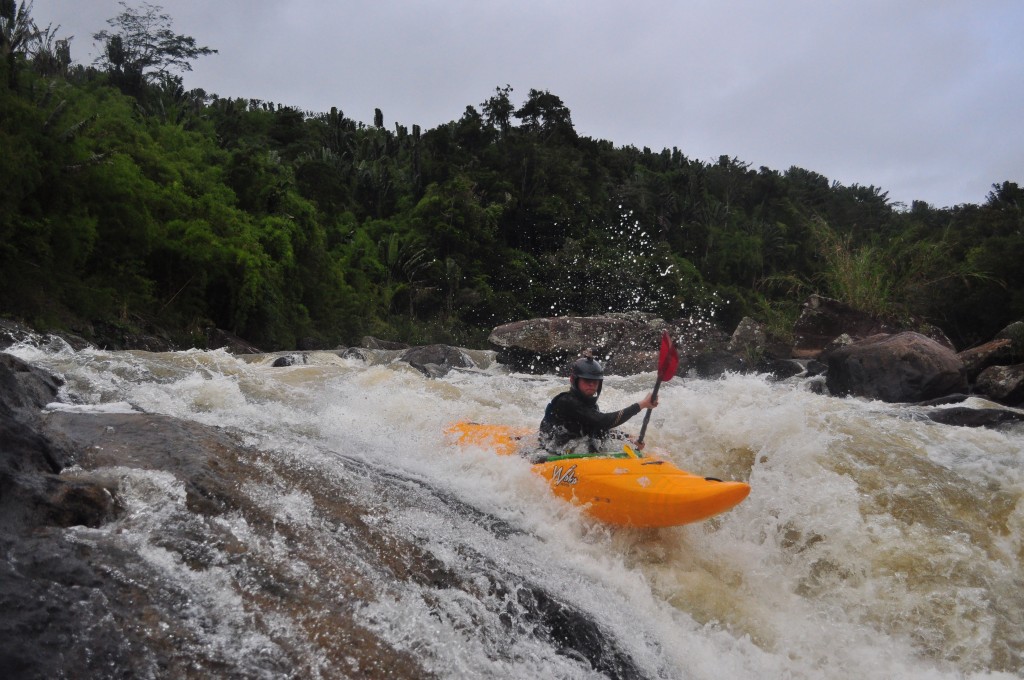 The weather was not favourable, making it hard to camp in the jungle with no fires and being constantly wet. However, We are getting good at rising with the sun so were on the river at 7:30; the first rapid on second day was a double drop – a 10 foot slide with a big lateral flow before dropping the next 15ft. 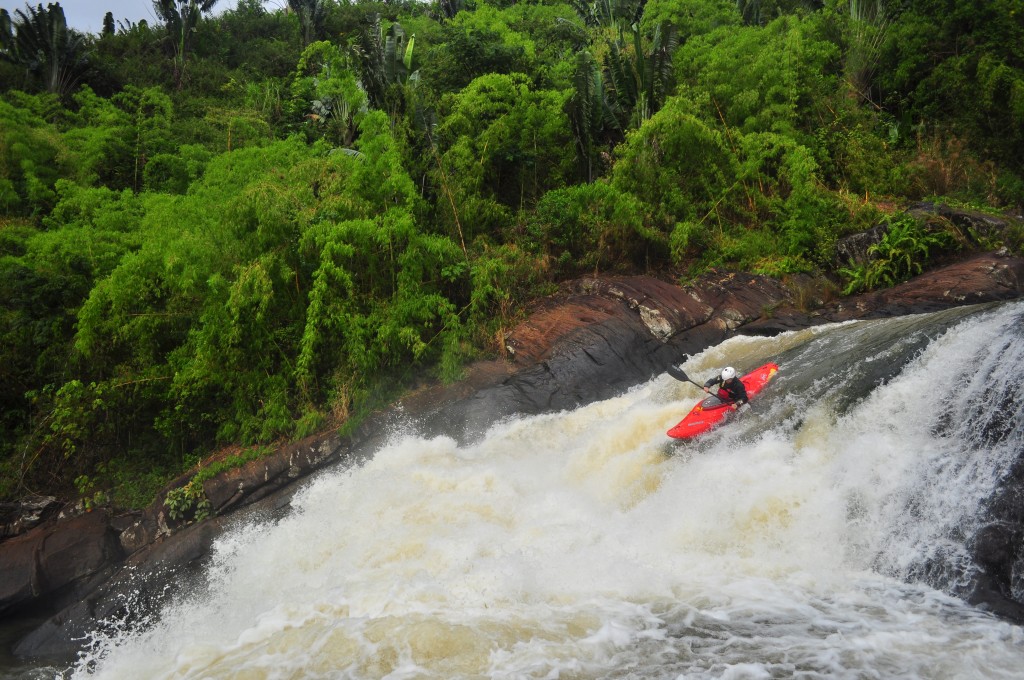 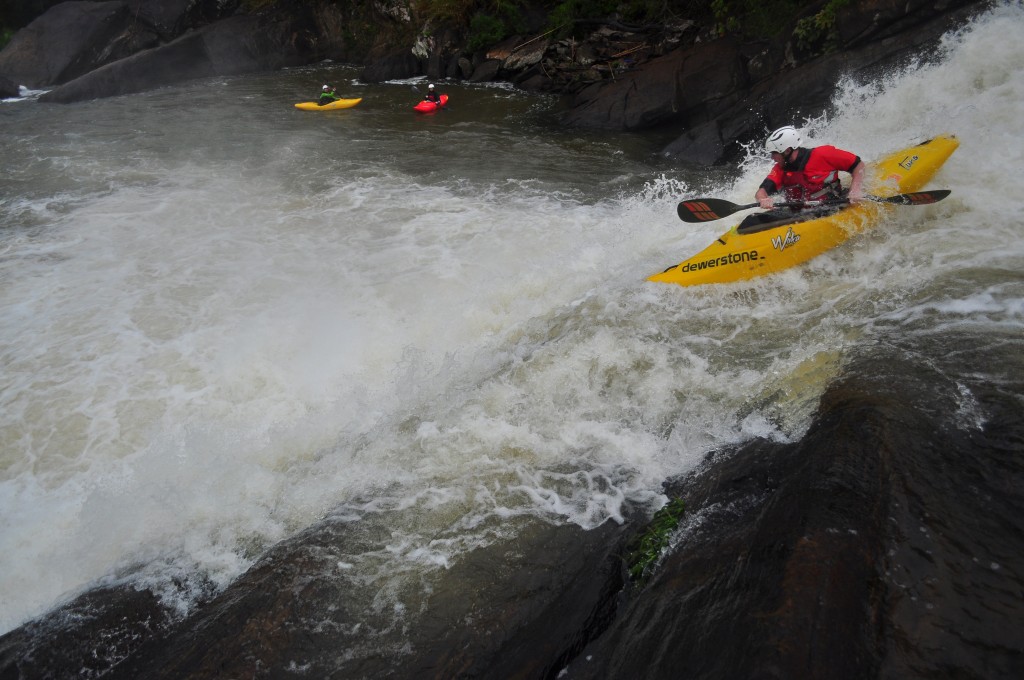 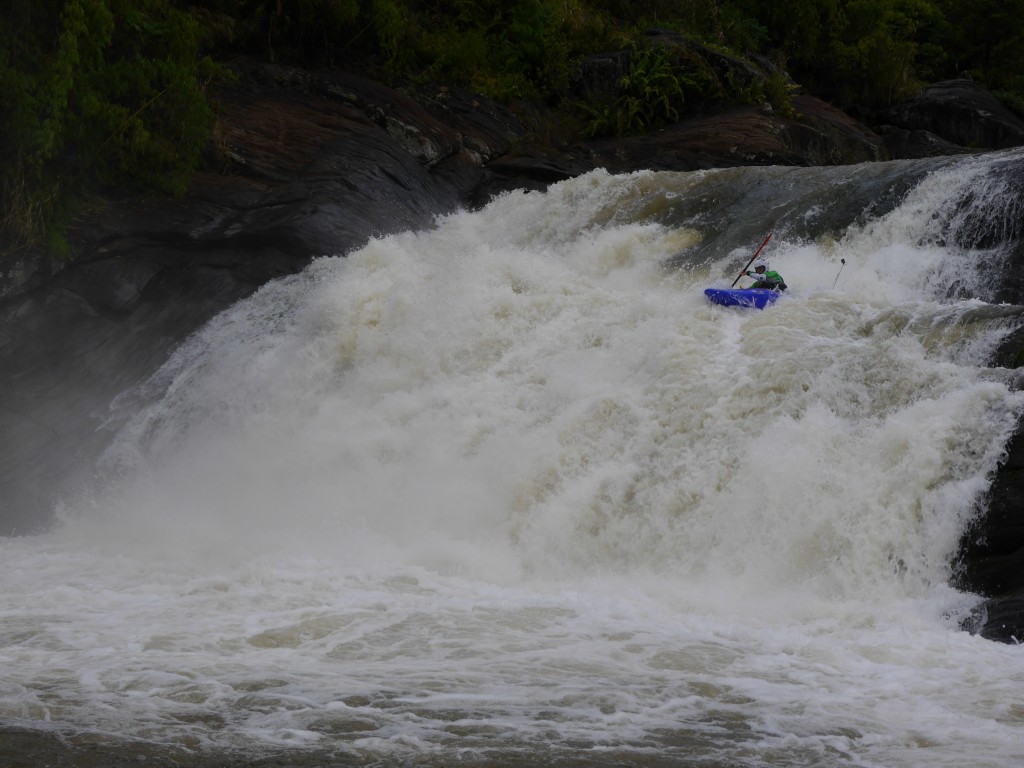 Some more fun rapids followed before we reached “bob”, a rapid that just kept building! with so many moves it was quite intimidating but went fine. Then on to a really good committing gorge with many rapids but we got too excited and charged through this gorge with not many pictures or videos. Straight after the gorge were 2 waterfalls, the first of which was test run accidentally by Jacob having missed the eddy at the top. The second had a few different lines being taken and was taken first by leslie who disappeared then josh who hit it half way and Jacob who absolutely launched. 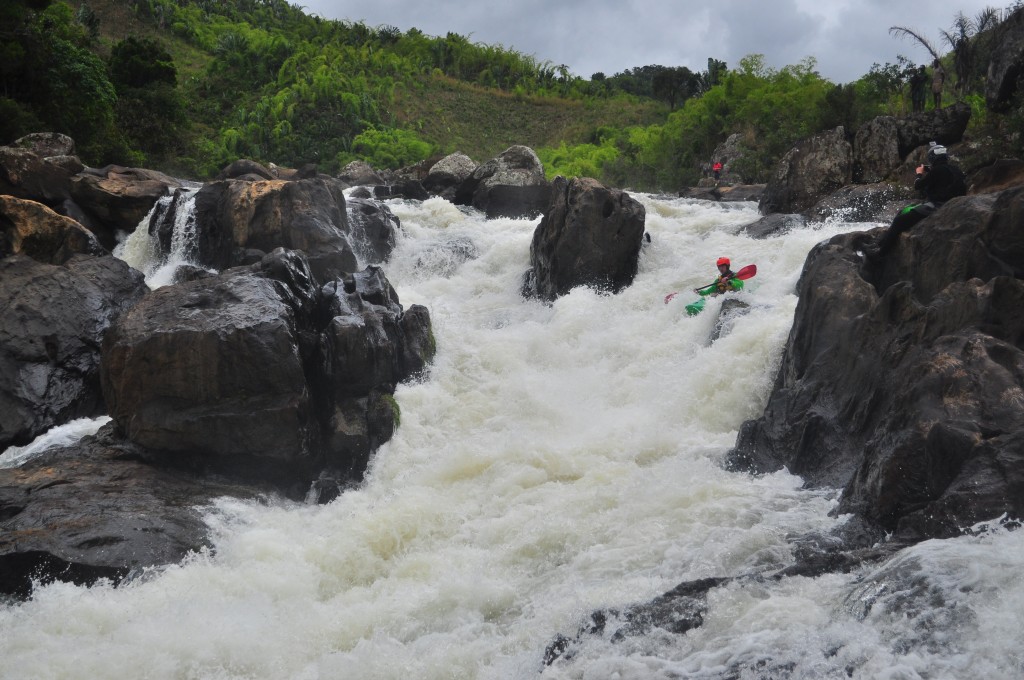 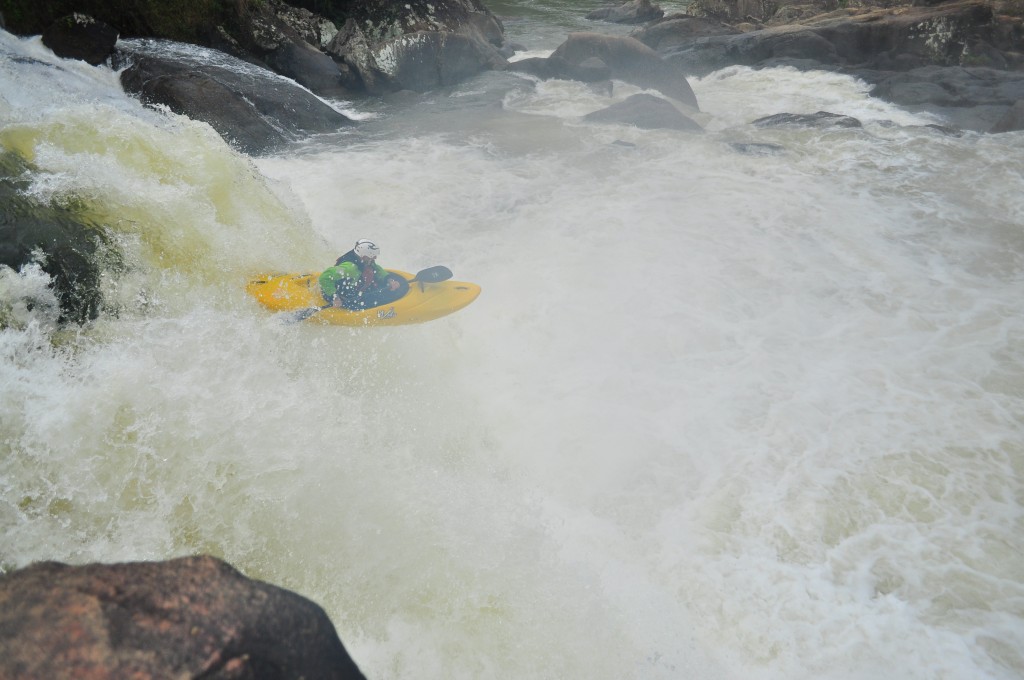 Everyone else took Jacobs lead. Straight after the second drop we had to portage the siphony gorge that followed. By this time it was late and we knew we should be looking for a Campsite. Our confidence was high but we were tired and we skipped over parts of the next rapid that shouldn’t have been overlooked! Josh went first and got typewritered across and spat out down the wrong line into a pool with a portage after. Jacob and Leslie made it through and calum got spat right too. After the group had been split Matt entered this rapid and didnt come out for a few minutes. He got worked in the hole and held on for a long time, eventually pulling his deck and getting rewarded with a long downtime. Luckily he came out fine, only shaken up with a few bruises. Then came the chase. Leslie, Jacob and josh set off first after the boat and peli case. We found a huge flat pool with no sign of the camera and figured the peli case must be stuck somewhere back in the rapids. The good news being we finally found a camp spot at this pool. Jacob and josh then started their hard walk back up to the group and eventually found Matt hobbling over the huge boulders at the side of the river and just as we found him there was a high pitched yip as he found his peli case stuck in a peli case sized siphon! Everyone made it to camp fine from there where we huddled under a tarp cooking to get some food down us with some rum and then went to bed early to get ready for day 3. This day started unusually as Leslie and Sam started the 4 hours hike back up to one of the rapids where Leslie thought he had left his go pro. This left the rest of the team a whole morning of swimming, sunning ourselves and our kit and hanging out with the locals. We swapped boats, and almost got to do some ferrying of locals but they ran away from all of us apart from Calum. Campbell was sure one of the local girls had fallen for him but we were all unsure what ages local people are as they either look 12 or 80, so just to be safe he wasn’t allowed to run away and marry her. As soon as sam and leslie got got back we packed up as got paddling with mostly grade 3/4 read and run and one minging portage which claimed one of Leslie’s slings down a siphon too. 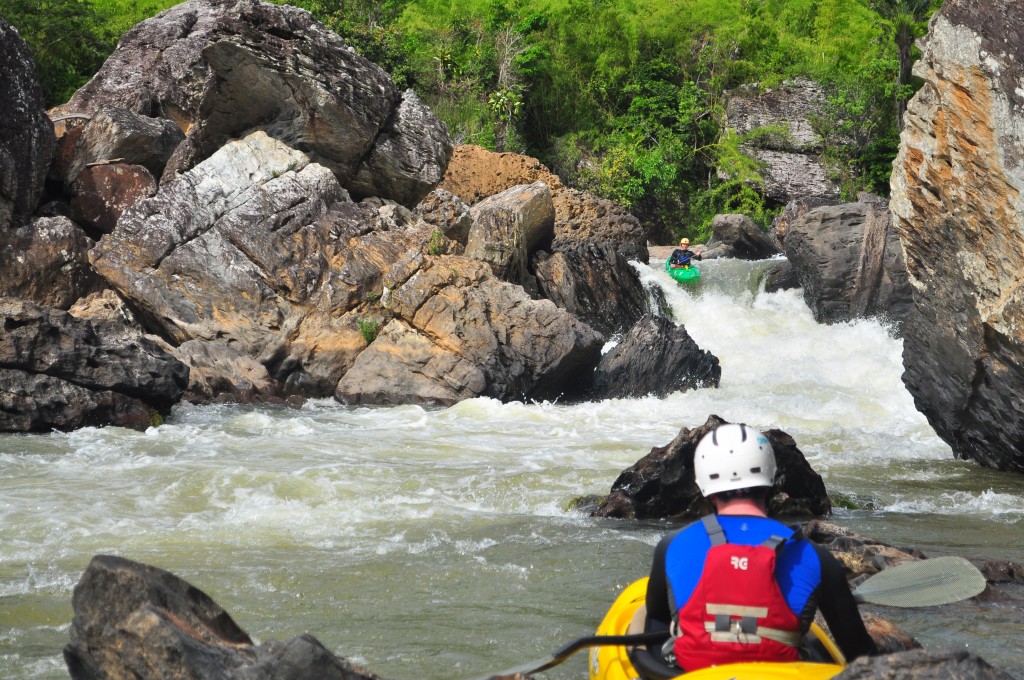