We finally did it…
After eight days of traveling and sorting out boats we finally got on our first river, the Mania. This 2 day run was recommended to us by Gilles (the local river beta guru) as a perfect intro to Madagascan multiday rivers.  We put on, on a tiny trib just northeast of Fandriana after packing our boats for the first time and completing a number of water quality tests for fresh water watch.

We were waved off with great excitement by a large crowd of locals many of whom followed us down stream for some distance.  The trib and the whole of the first day was fairly flat for the most part with a few small (grade 3) rapids and one portage around a dam and the short tree choked rapid just downstream.  The trib was joined at regular intervals by other rivers and streams and before long had grown from a narrow ditch to a large winding river which finally flowed into the Mania.  Around 15:30 we encountered a lengthy grade 3 rapid with a flat beach below it.  Having paddled around 32km we decided to camp on the beach, cook our dinner of rice and stock and enjoy a roaring fire.

Day two dawned misty and cold; not an inspiring start.  But the promise of more exciting rapids and the emergence of the sun at about 09:00 spurred everyone on. We didn’t have to wait long for our white water appetites to be satisfied. The first treat was a three-tiered rapid, ending in a constricting slide. Almost immediately after came a continuous section guarded by a foreboding but easily avoidable, hole. Thereafter, a short amount of grade 3 boogie led us round a corner, at which point the river disappeared off the face of the earth!  To call this next rapid monstrous would simply not do it justice, and whilst Josh continues to insist there is a line, it would take some serious bravery to tackle it. 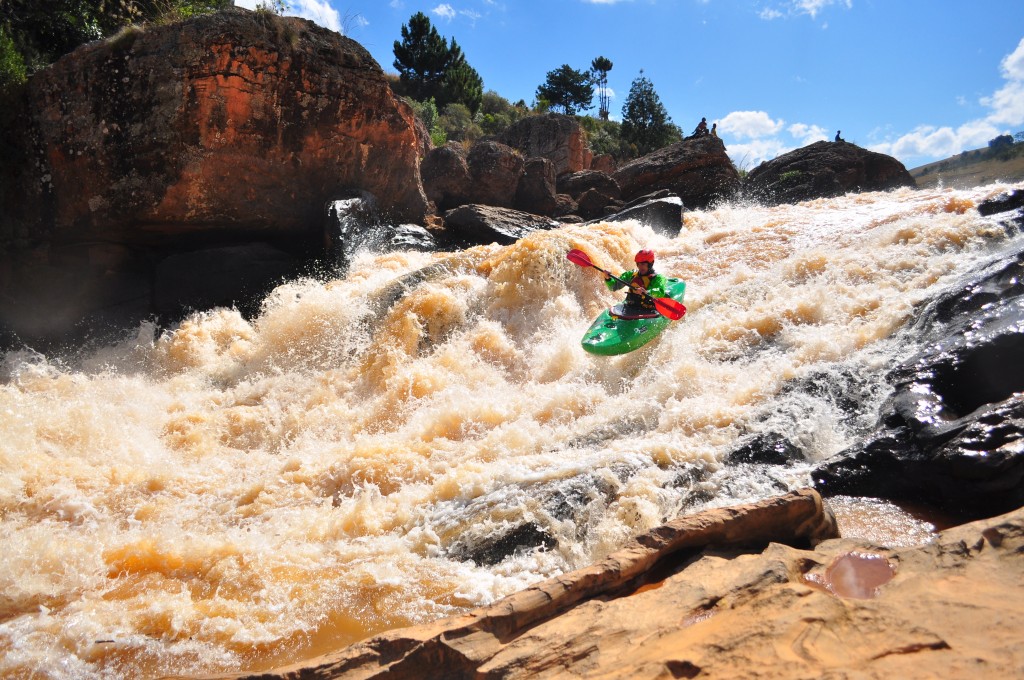 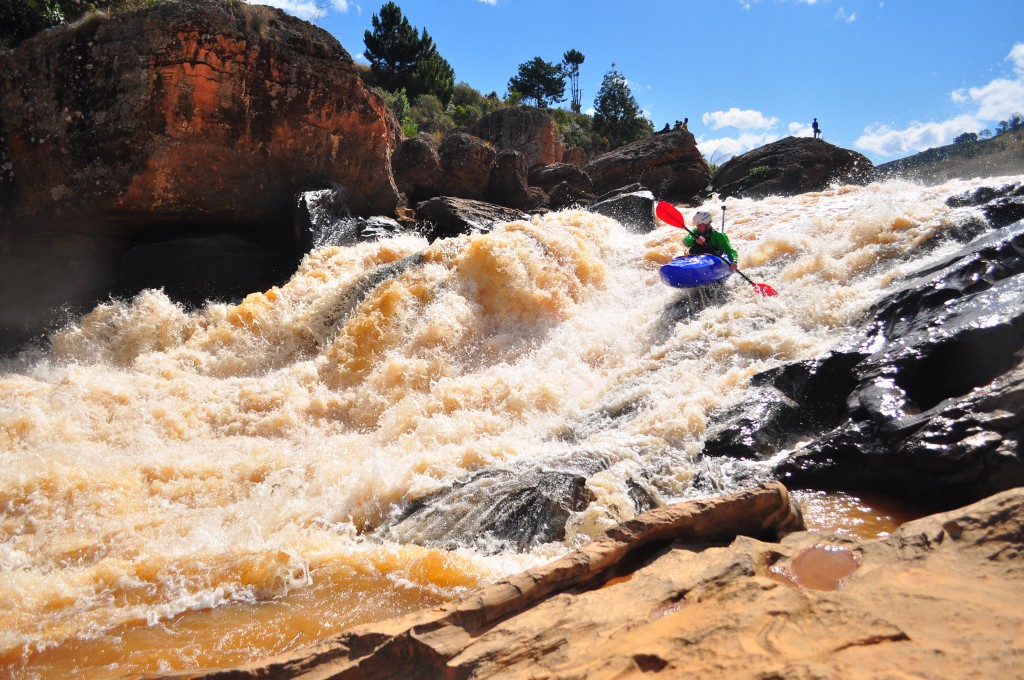 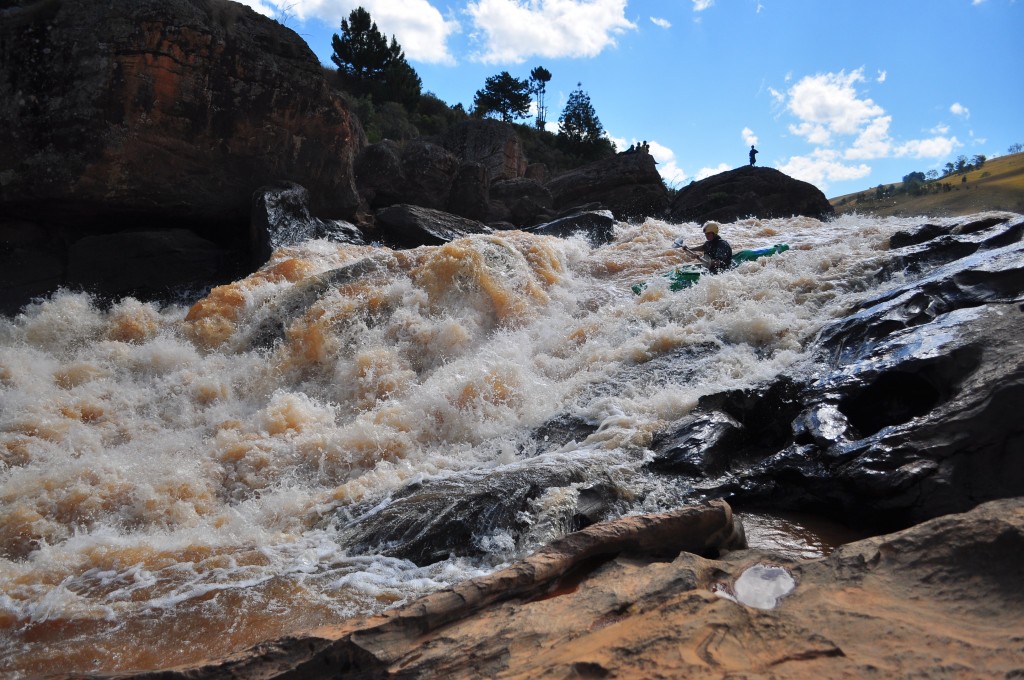 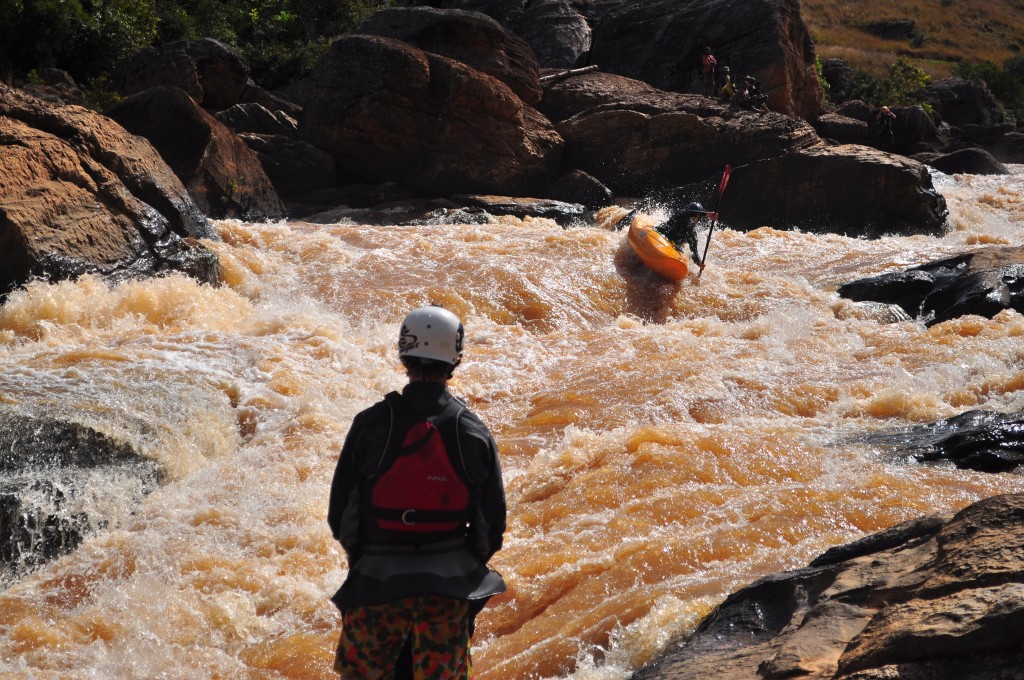 Following the challenging portage around the aforementioned beasty, we devoured a well-deserved lunch, before settling into an afternoon of fantastic white water.

Our second camp on the river came a few kilometres from the end as we were due to be picked up at the take out in the morning.  This camp was on an island with a knarly siphon canyon on one side which probably went but following a hilarious warning from a local, during which he jumped into a dry  pothole and waved to us through a hole 2m down the cliff face, to warn us of how manky the rapid was, we decided that the other side of the island looked more pleasant.

As we were setting up camp there was a some shouts from the bank and within a few minutes a number of the very friendly locals started throwing oranges across to us (at high speed) much to our amusement.

The next morning we ran the pleasant rapid on the left hand side of the island and continued downstream towards the take-out.  The rapids between our second camp and the take out though easy, were convoluted and full of nasty siphons.  Our intended takeout was at the main road bridge however our fantastic driver Andry, having realised that the last rapid before the bridge was just an un-runnable boulder choke, had parked where the road came close to the boulder choke and we were able to get out there rather than portaging that section.

In conclusion the Mania was a fantastic run with some chunky rapids and a few portages which made for a great introduction to Madagascan white water.

Due to the internet out here being awful please refer to our facebook for photos… we will post again when we next reach reasonable wifi.