On Tuesday, the day before flying we headed to Josh’s house with kit realising we were way over our baggage allowance. After an evening of barbeque and deciding what stuff we didn’t

need to take we gotsleep ready for an early start and to head to the airport. We were at the airport in what we thought was plenty of time, loaded our gear on to trolleys and headed to the Qatar check-in desk. The people working at the desk were concerned that the boats wouldn’t fit on the plane despite th being told about them in advance. After many phone calls we started to check in before being told that we would be able to get on the plane because they wanted to do a random check to verify the payment card which we didn’t have. Finally after talking to someone higher up we were allowed to continue to check in and handed our boats and kit over.  Soon we were on the plane towards Qatar with our boats eating very good airline food. Spent a night sleeping in Doha airport which is huge before getting our next flight to Johannesburg. It was reassuring to see our boats being loaded on to the plane. 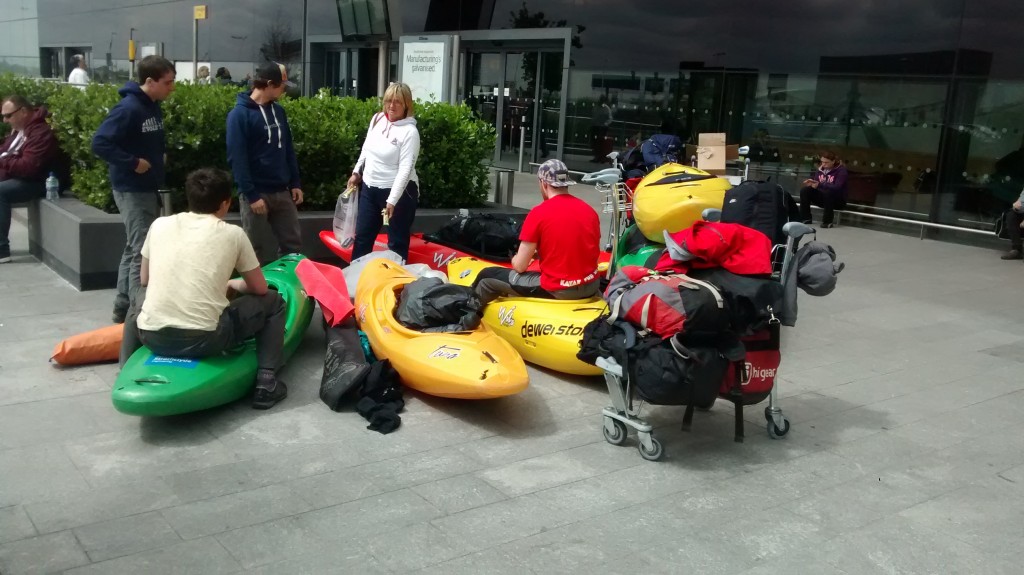 Arriving in Johannesburg we collected bags then headed over to oversize baggage to get the boats. Now we had to head to the cargo warehouse apparently 15 mins driving. As we were walking out of the terminal, we found many porters trying to help which made it difficult to keep our kit together as they grabbed hold of a boat wanting to take it to a taxi. This went on for a while, taxi drivers saying they couldn’t take them. We tried to see if we could hire a truck, but the hire place had none. Me and Calum decided we would see how far it is to walk so headed off without any kit to scout the route. We found out later from multiple people that this was a bad idea and not particularly safe… As we arrived at the cargo offices, Matt turned up in a pickup truck with a load of boats, they had sorted it.   After going through the security we found many people desperate for our business, telling us that they can do it cheaper with Emirates etc, despite the fact they don’t even fly to Mada! After explaining we had already booked cargo we were left alone. A few hours later and another trip to pick up more boats the Cargo was sorted. And the owner of the cargo business offered a place to stay for the group that were due to stay in Mada for a couple of days to sort boat cargo. So Matt, Josh and Campbell headed off to Kerbus’s house after we were dropped off at the airport for our flight to Mada via Kenya with very little luggage. 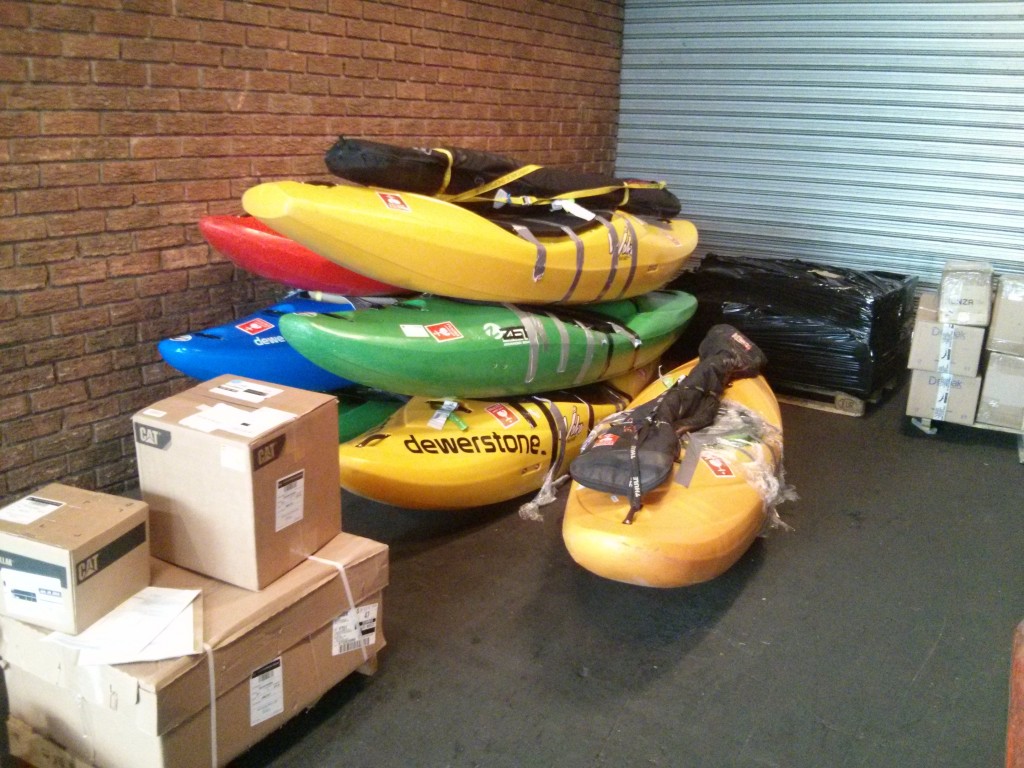 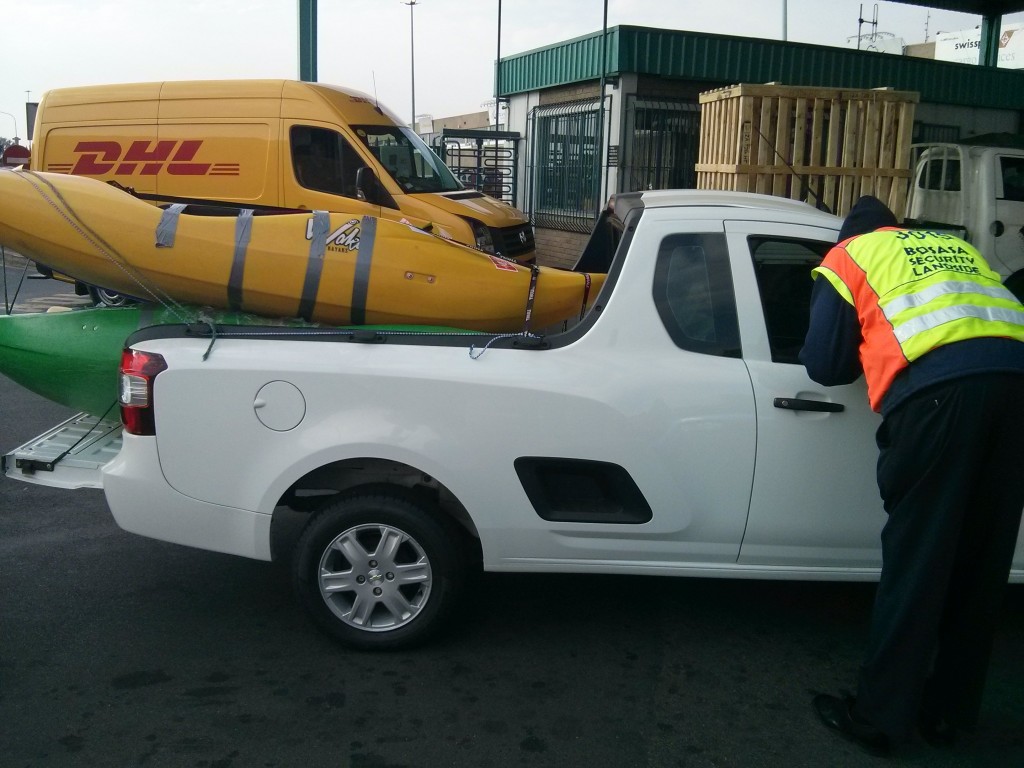 After about 48hrs of traveling the advanced group arrived in Mada. Flying in we were excited to see white water. After getting through immigration and buying 60 day visas we met our driver Andry who drove us to our hotel in Mada. Excited and exhausted we headed across the road for some very good value food and grande orange Fanta’s. The next morning we had an amazing breakfast banana fritters, biscuits and coffee. We then headed out shopping for food, Machetes, SIM cards and the few extra items we couldn’t fit in our luggage such as pots for cooking as well as a hat for Campbell!

Meanwhile the other group were still in Johannesburg with Kurbus being fed large amounts of barbecued meat and going shooting. 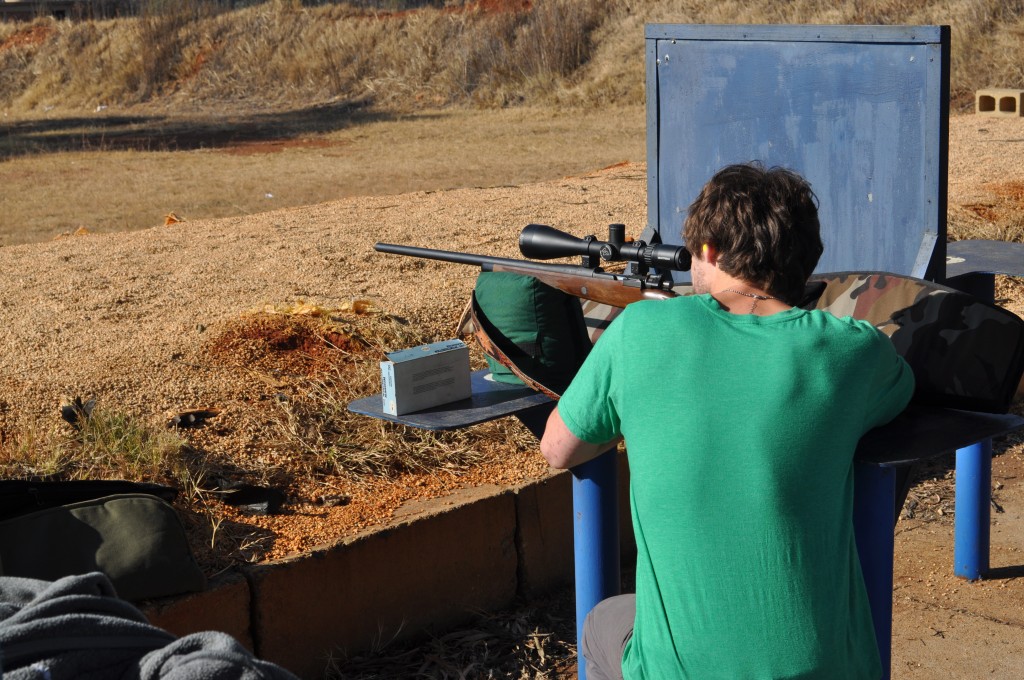 The next day, Sunday, the group in Tana spent the morning doing touristy things before heading to pick the group arriving from Johannesburg up from the airport. Apparently our boats had also arrived, but the cargo office was closed. We headed back to the hotel before heading in to town to meet Dylan who has been paddling in Mada for the last couple of months and was back in Tana to fly the next day. Dylan had a load of beta and advice a well as photos and videos that got us super stoked!

Monday we started early, the shop we had been getting breakfast from hadn’t opened so we had bread, honey and Salto’s. We then waited around for our second driver… One group heading off to the map shop while the others went to the cargo area of the airport to try and get boats. On arrival we found that everyone was on strike, so waited all day before heading back to the hotel to try again the next day…